What is the Coastal Starlight train? The Coastal Starlight is an Amtrak train that runs from Los Angeles to Seattle on the west coast of the United States. Sometimes it runs right along the beach and Pacific ocean, other times through mountain sides and waterfalls.

The whole trip is about 35 hours if you took the whole route. I have been on segments of the Coastal Starlight now twice – once on a 10 hour trip from Los Angeles to San Jose, and the second time on a 29 hour trip (almost the whole way!) from Los Angeles to Portland, Oregon. I booked this ticket 15 minutes before it left the station, which is a story for another day! 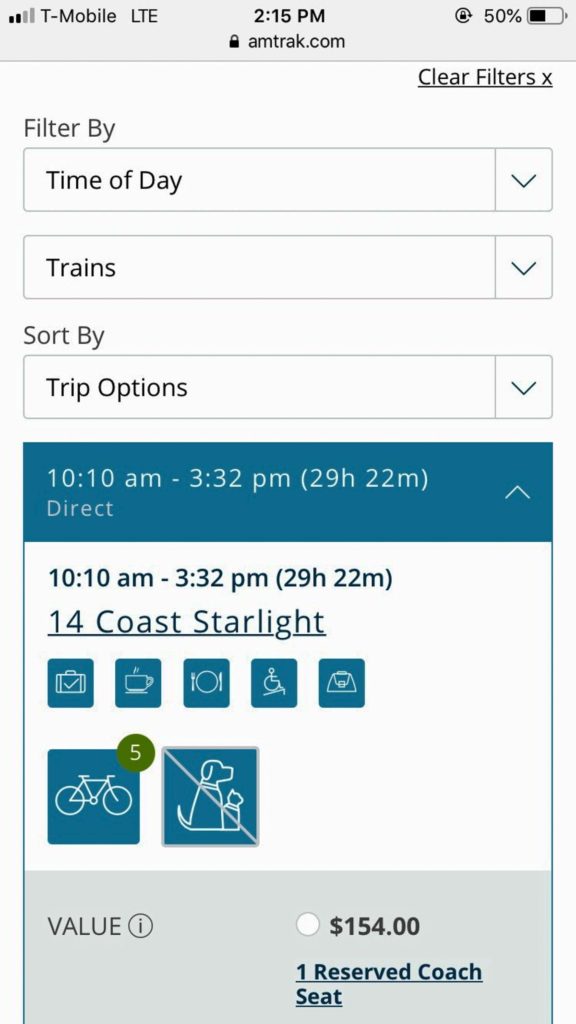 Union Station in Los Angeles is pretty big, so allow extra time to get to your train if you can! 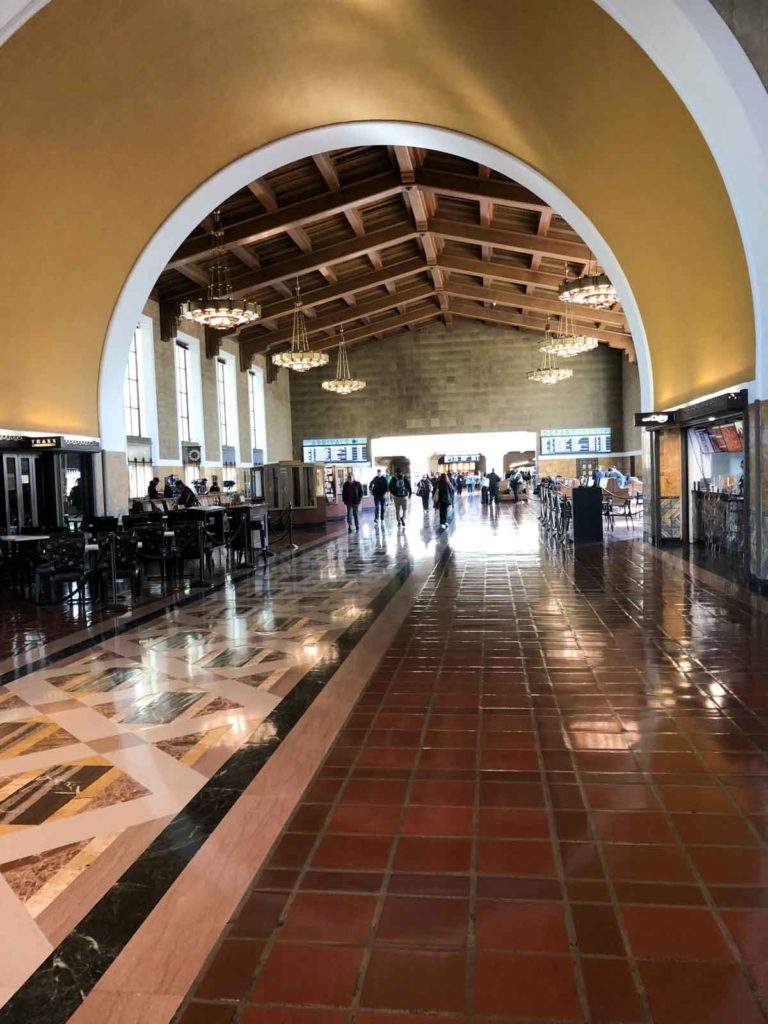 Personally, I think riding at least a segment of Coastal Starlight train should be on everybody’s bucket list. The views are so amazing and there is no other time you are allowed to just sit and enjoy the scenery, and meet new traveler friends – or simply have some contemplative thinking time.

I recommend booking a ticket in business class, especially if you’re on a route that goes overnight. There are sleeper cabins also available, but I’ve heard they are not much better for the extra cost – though you do get first dibs at meal reservation times! It’s not as crowded in business class and you are likely to be able to get an empty seat next to you, which will be helpful to spread out. WiFi does come with this ticket but if you have important work to do, be aware that the connection is really spotty from my experience. Legroom is much better than on an airplane – I kept my suitcase mostly at my feet as a footstool and still had plenty of room.

Food on the Coastal Starlight: I recommend bringing snacks on your trip, as the food on the train (especially if you don’t eat meat, like me) is nothing to write home about. I only had one meal in the dining car, which was breakfast of an omelet, diced potatoes and a croissant for nearly $14 plus tip. I did stop in the cafe car a few times for coffee, a light snack and conversation with fellow passengers. 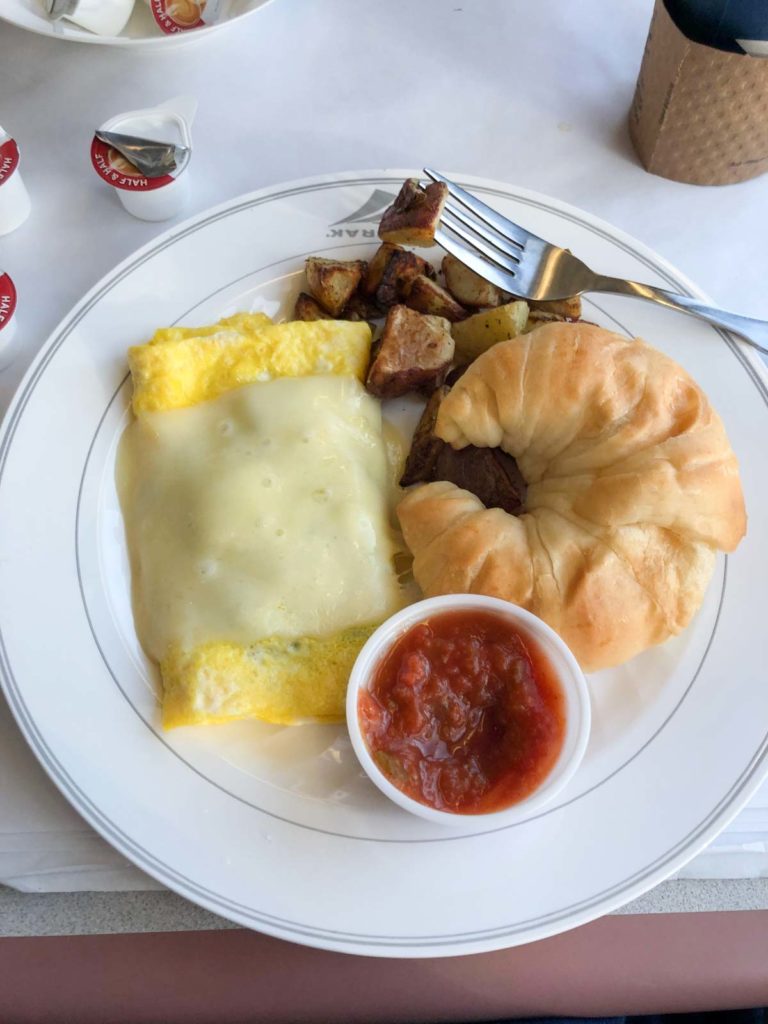 Now here’s some pictures of the views! All of these were taken with a cell phone directly from the train, mostly from my window seat in business class. Though there is an observation car that has much wider windows. I have video I will include at the end too, including from when I befriended a guy who worked on the train, who opened the window for me for a better view! 🙂 Which pictures are your favorites?